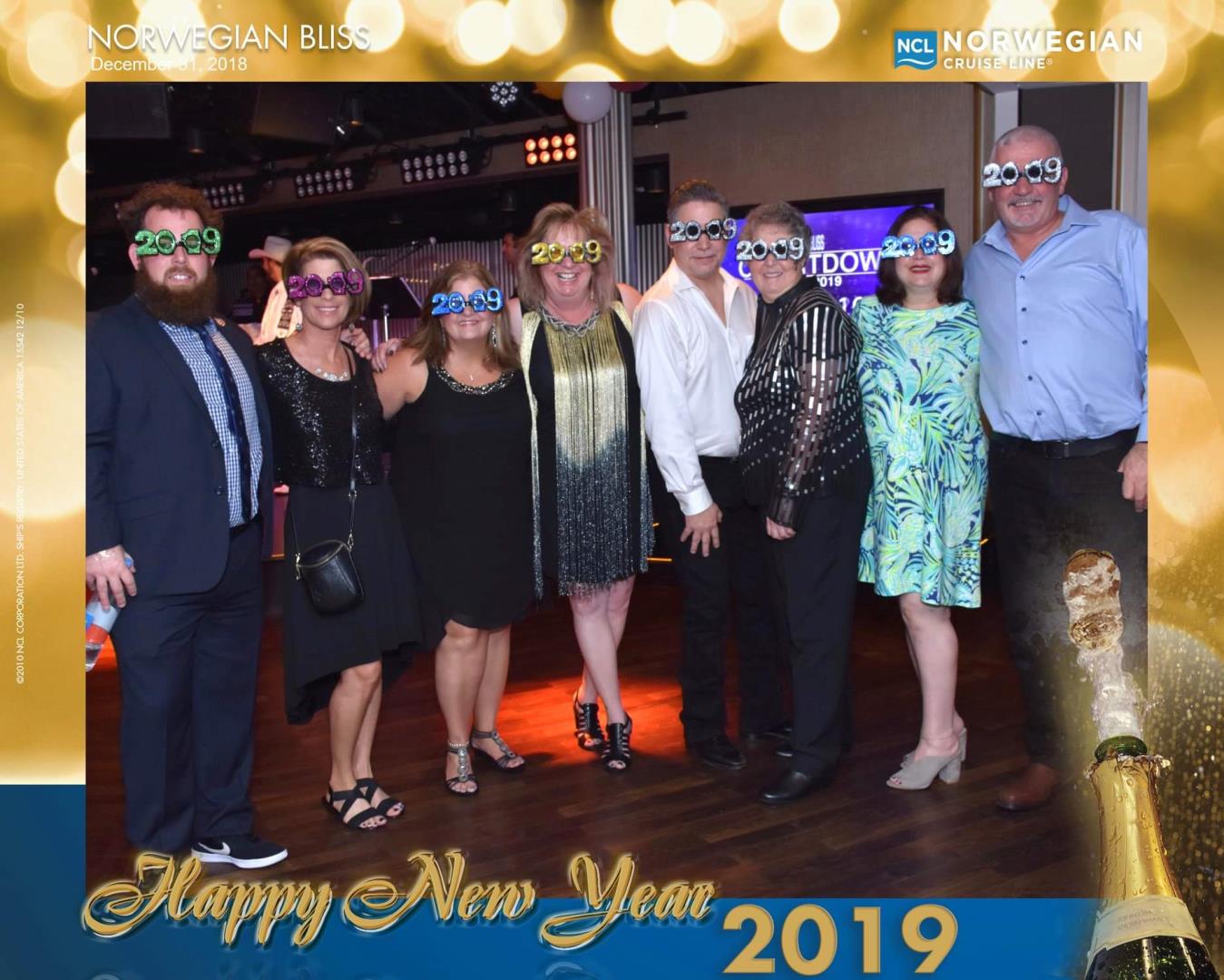 As always, we had a great time ringing in 2019 on the Norwegian Bliss.  Having already been on the ship back in May for her inaugural event, we felt as though we were at home.  Though this time we had a group of friends with us to help ring in the New Year.  There were 15 of us in total, though not everyone hung out together all of the time.  No problem!  Everyone had their own fun and when we all came together, we had fun together!

This 7 day sailing out of Miami was an Eastern Caribbean itinerary and we've been to these ports over and over again, so we just stayed on board the entire cruise and enjoyed the ship!   During the week on board we enjoyed many shows in the evenings and all of the entertainment was top notch!

We found ourselves in "Q" each evening to dance to the country band, Nashville Junction.  They were good, from somewhere in Eastern Europe.  Since we were the regulars though, we ended up spending time with them after their last set on New Years Eve, bringing in some New Year cheer together.   The plus on this ship for us was the country venue, we were here dancing our hearts out night after night and teaching other guests how to line dance.  It was a lot of FUN!

On New Years Eve, the ship hard parties in several venues, most of our group met in Q and we ended up being just about the only ones with the band--but that's OK, we don't need the big Atrium Balloon drop with too many people.  We had our balloons, our close friends and family and the best music on board the ship!

We dined around the ship in a variety of restaurants.  There are a few "main dining rooms" that are included and we ate in all three of them on different nights- one night as a larger group to celebrate one of our group's 30th birthdays.  We dined in the steakhouse another night and Italian on New Years Eve.  Everything was delicious.  My only criticism would be that the 24/7 restaurant should really expand/vary the menu.  It gets a little boring if you're there every night for your late night snack!

Audience Participation games & gambling!  Of course, they have the typical "Newleywed Game" and "Quest" type of games, lots of fun to watch or to participate in..they also offer Bingo and the newest game to make it's debut on cruise ships is "Deal or No Deal".   You buy cards and play along 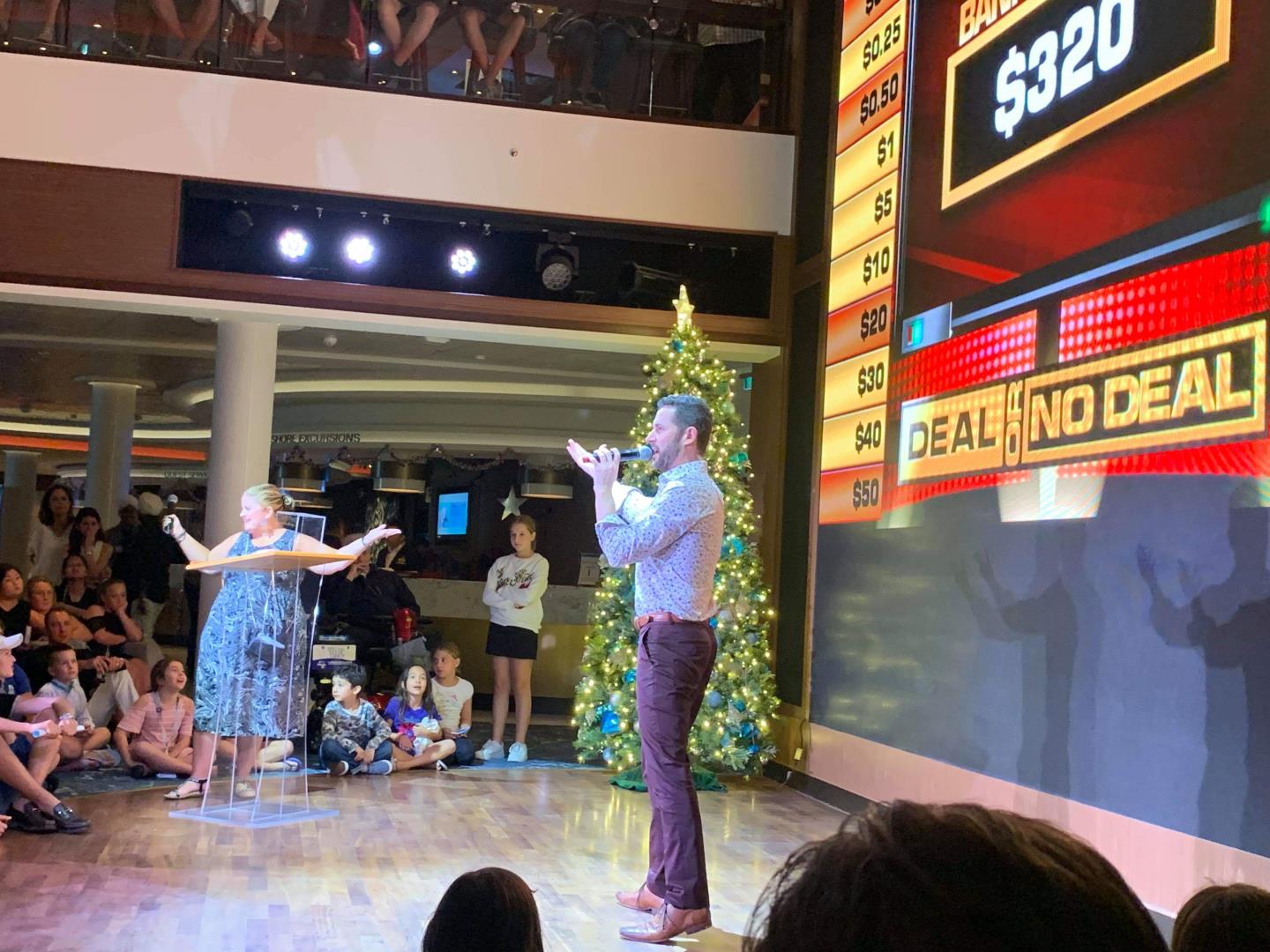 because your card could win money, but randomly one person's card is chosen and that person gets to play the real game- well, I was picked to play the real game..had the chance to win almost $1300, but ended up with close to $400!  It was a lot of fun and I went all the way in the game.

We found on this ship that many of the photographers were really very talented.  That being said, if you don't pre-purchase your photo package before you board, the options on board really stink...so BUY YOUR PHOTO PACKAGE BEFORE YOU CRUISE!!   We ended up buying about 20 photos for a hefty price and the rest of the photos that we wanted included our friends, so they had a package, we just paid for them to get the USB so we could copy the photos we wanted. 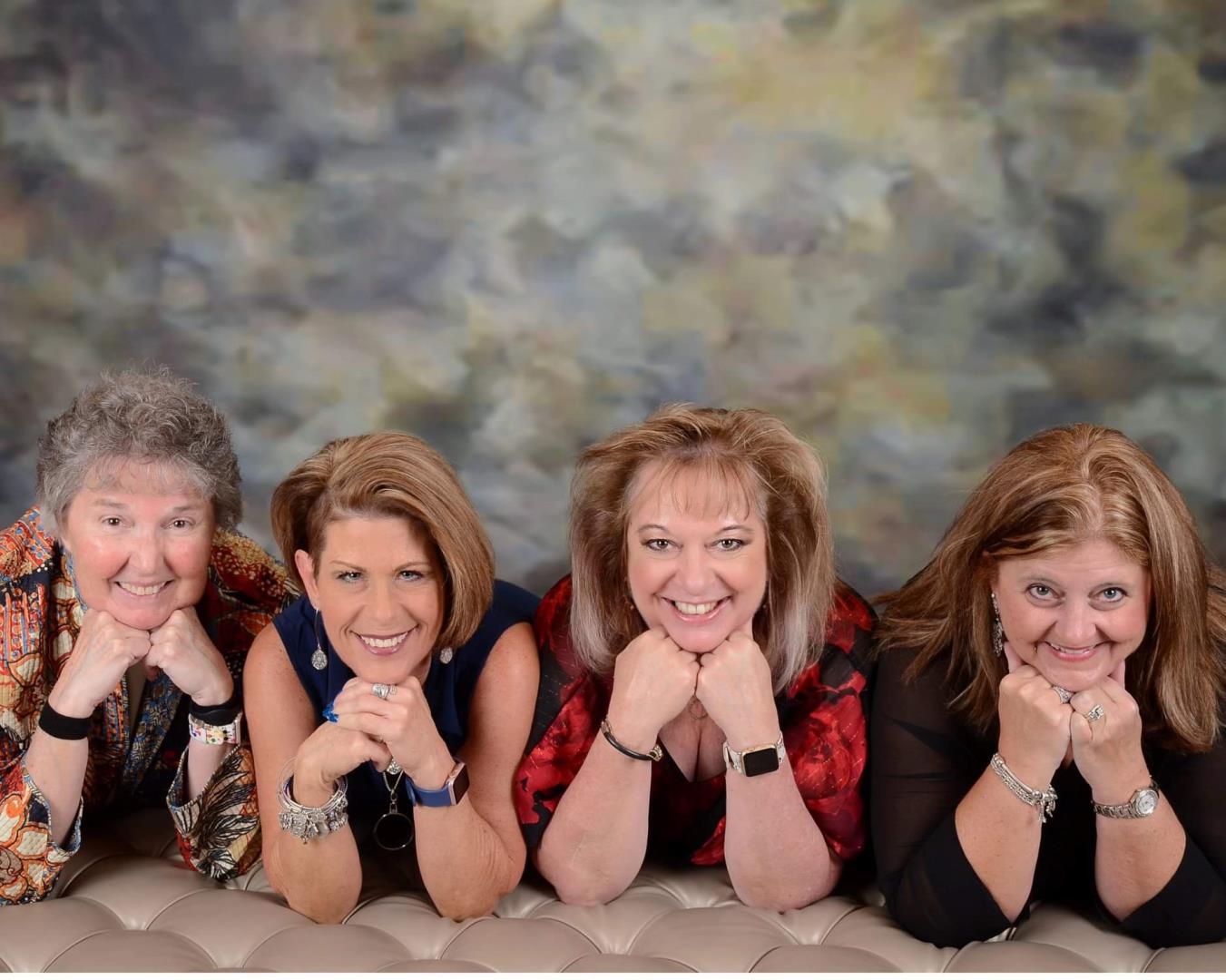 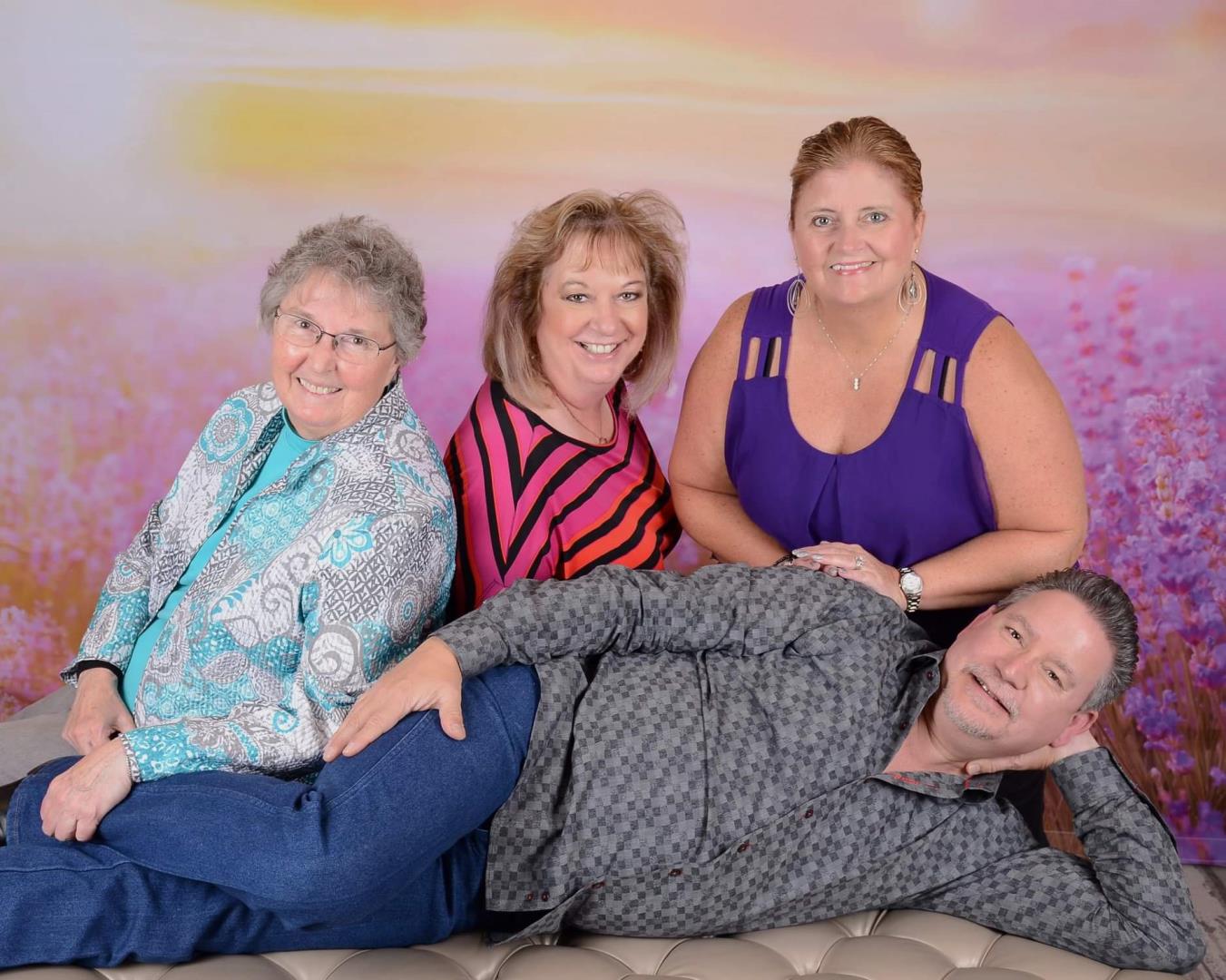 We have so much fun together!! Best Cruising Friends!!  And we love to take FUN photos together, lots of laughs involved!

You may also want to read my review of our time on the Norwegian Bliss for a 2 day inaugural sailing back in May 2018.  NORWEGIAN BLISS INAUGURAL REVIEW