The rooms are gorgeous and very spacious.  We had a corner room, so windows out two directions and these are floor to ceiling windows.  Bathroom with all marble flooring & counters, absolutely gorgeous, but slippery so be careful.   Our maid took it upon herself to organize our shoes in the closet, which surprised me.  We had arrived late Thursday night, got some dinner and then unpacked before heading to bed, so we had tossed shoes in the closet.  That was not acceptable. LOL.

Our room came with daily breakfast at the buffet, so Friday morning started there and we were blown away with the amount of variety offered at this buffet.  Everything was delicious and the service was great.  They weren't too busy for a Friday, so we were in and out very quickly.   We spent the remainder of the day at one of our happy places- the pool!   The Wynn's pool is very low-key, fairly quiet & more oblong vs. a big round pool.  We found chairs and quickly found bar service!   We then had dinner Wynn Sports Bar because the Warriors were on TV and we wanted to catch the game while we ate and then finished our Friday night off at another one of our favorite 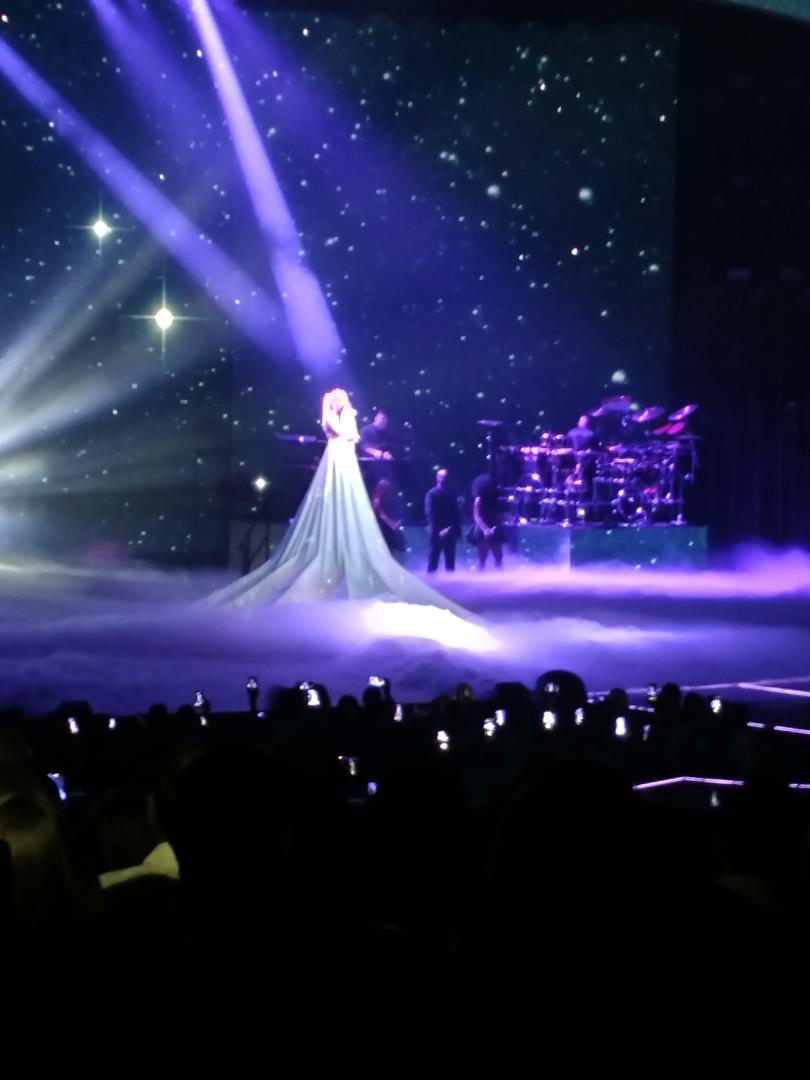 spots in Vegas- Gilley's!   Danced the night away and got our boots shined!

Saturday, we did go to the buffet, though it was a bit more crowded and we had to wait awhile to be seated.  Another day poolside and that evening met up with our friends for dinner at the Strip House which was fantastic, located in Planet Hollywood because we had tickets to see Jennifer Lopez that night.  What an amazing show.  I know that her residency is up now in Vegas as I write this a year later, but if you ever have a chance to see her perform, it is well worth it.  She puts on an amazing show.  After the show, we had a nightcap back at our hotel at the Carrousel Down Bar & watched another show outside.  They have water & light shows every 30 minutes or so, very entertaining.

Sunday, our anniversary started with a trip to the Spa for me to get my hair washed and dried.  Afterwards, we had breakfast at the buffet and then on to see the broadway production of "Hamilton" with our friends.  We never really realized that Las Vegas has their own theatre with Broadway Shows off the strip and when we found out through another friend that Hamilton was being played, we got tickets and they were much cheaper than buying them for SF or NYC productions of the show.  Beautiful theatre, very classic.  Afterwards, we went to dinner at Capo's, a speakeasy type of restaurant that our friends had recommended.  We were a group of 6 with reservations and you have to give the password to get in!   This is also located off the strip, so you have to take a taxi or Uber.  It was a great dinner with wonderful friends and a night that we will always remember for our 12th anniversary celebration! 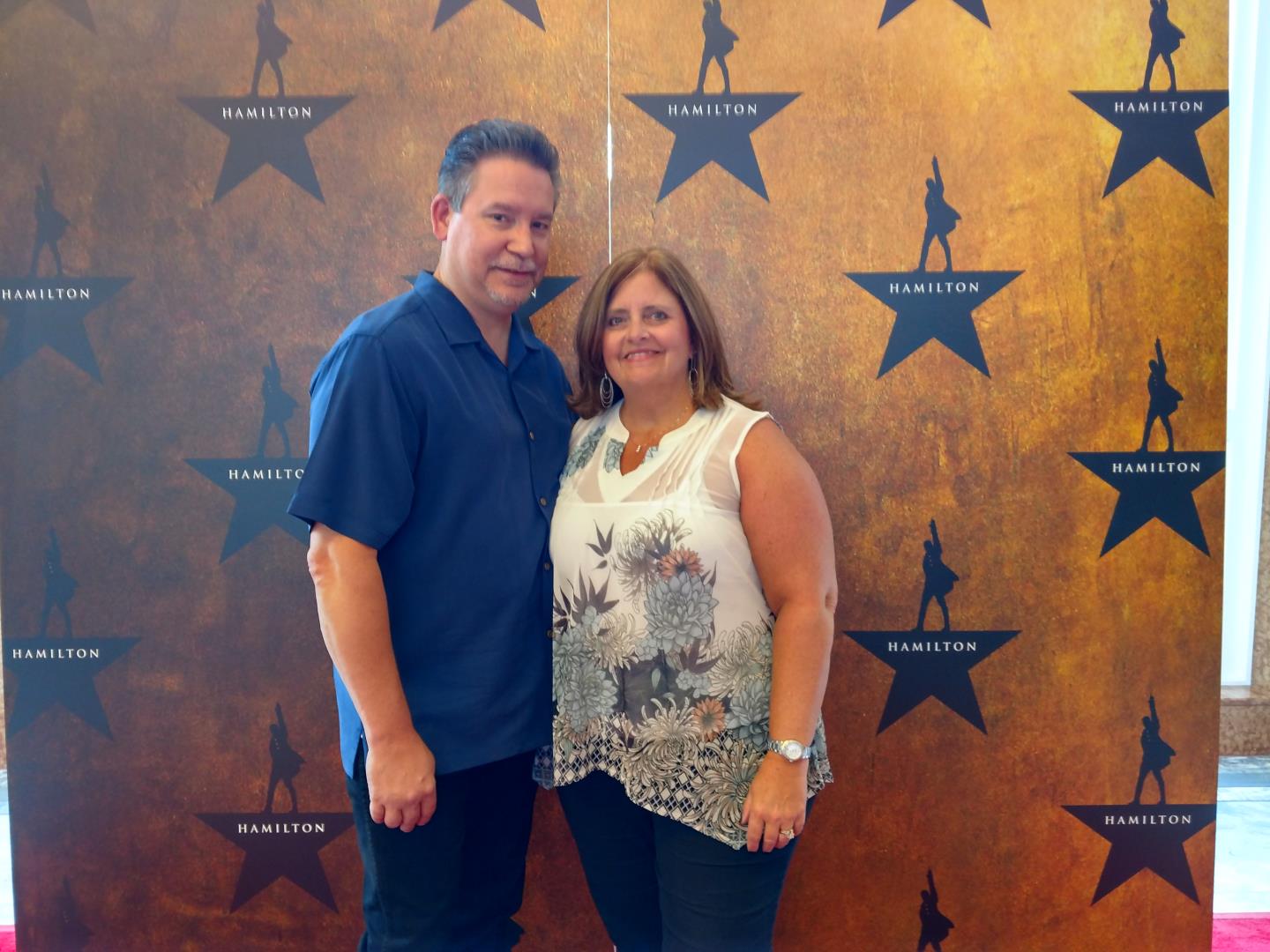 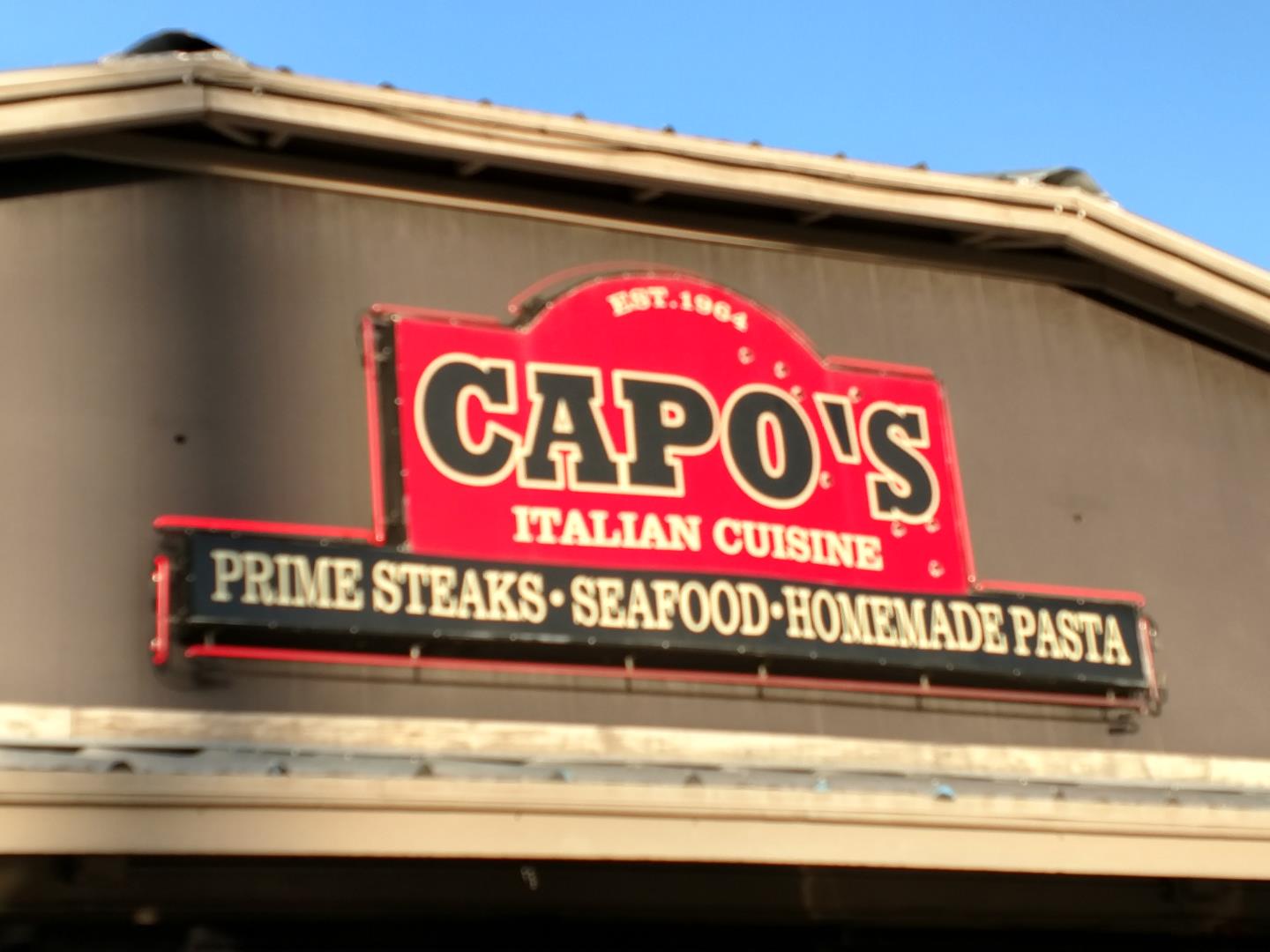 Monday, was transition day.  We said good-bye to the Wynn and took a taxi over to Caesar's where my conference was to be held.  Then I said good-bye to my husband as he remained in the taxi and headed to the airport to go home.

Caesar's- what can I say?   I'm a little "done" with this hotel.  I don't like the rooms, I don't like the casino,  it's smokey and big and hard to navigate around.  The conference center is long walk (not that I mind the walking), but for early sessions you just have to get up that much earlier!   It is nice that it's connected to the Forum Shops where you can shop or dine with lots of options.   They do have a nice pool area and I did take advantage of a free afternoon to lounge for a couple of hours and catch some vitamin D!   So it's not a total loss for a Vegas hotel, but it's really just not my favorite at all.   I will say the one great thing that happened to me on this trip, my watch battery died right before we were headed to dinner in the Forum Shops area, so I easily dropped my watch off at a watch store and picked it up after dinner with a new battery.  If that had happened at home, it would have taken me a month to get to the mall where the watch store is located!

One of our free nights, we went to Harrah's to see the show "Menopause: The Musical" and it was a great show, lots of laughs and the MC for the show was Cindy Williams of "Laverne & Shirley" fame, so we got to meet her after the show as well.  A fun night.  Also, another night we went to see Terry Fator, compliments of the Las Vegas Visitor's Bureau.  When our conferences are held in Vegas, we are usually given a few choices on shows to see.  I've seen Terry before, but he had new material and it was a good show and fun night out! 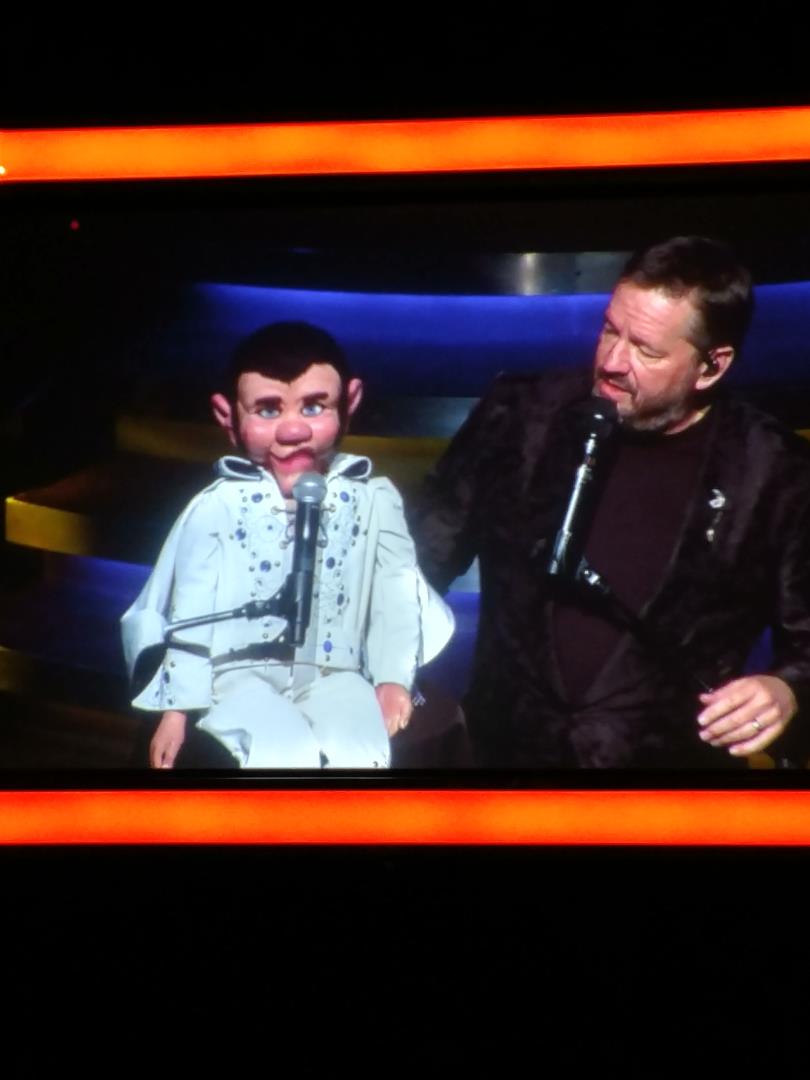 One of the nights of the conference, we had our off-site "event" which was held at the Park MGM theatre, but we were also given a tour of the new Park MGM hotel and some of the rooms.  This is the site of the old Monte Carlo Resort Hotel & Casino.   It felt a bit familiar to me as I had visited the Monte Carlo way back when it was new in the 90's!   I felt as though they did a pretty good job at updating the property and the rooms were put together nicely!  ***UPDATE: AS OF 10/1/20- THE PARK MGM & NOMAD WILL BE COMPLETELY NON-SMOKING!!***

Once the conference was done, I was definitely ready to come home...8 nights is a long time to be in Las Vegas, in fact, I shortened it to 7 nights once I saw what time the conference was going to end, I could either spend the money to change my airline ticket or I could spend the money on another night at the hotel--I chose to come home!   Overall, though we had a great time.  The weekend was especially fun with all of our shows and entertainment, but the conference was great too!  Always a fun time to reconnect with travel industry friends and spend that time together learning and catching up!

You can view my photos of the Wynn Resort Here.

You can view my photos of the Park MGM Here.